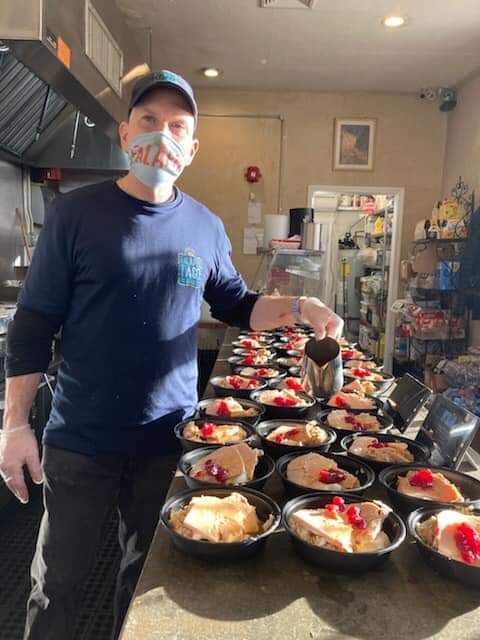 To make Thanksgiving and Christmas a little more special this year, United Way of Westchester and Putnam partnered with Falafel Taco in Pleasantville and Crossroads Deli and Catering in Mahopac to deliver traditional holiday meals to those who have struggled in 2020. The restaurants donated over 250 meals to some of United Way’s Ride United program recipients, which delivers food and other essential goods to seniors and homebound families.

“We are so appreciative to be part of the Heroes and Homebound program during the early part of the pandemic that we wanted to give back,” said Crossroads owner James Russell. The Heroes and Homebound program, which was done in partnership with Putnam Community Cares, provided 4,500 delivered meals to the families of first responders and health care workers as well as seniors and immune-compromised individuals from March through June.

Jonathan Langsam, the owner of Falafel Taco, ran Facebook fundraisers to raise the money for the meals he provided. “United Way does such great work in the community, and we wanted to find a way to work with them and help those who have are in need,” said Langsam.

Since July, United Way’s Ride United Program has provided over 10,000 deliveries to Westchester and Putnam households.